RISE Project is a community of journalists, programmers and activists who investigate organized crime and corruption that affects Romania and the countries of the region. This is the ostentatious way in which this community of journalists presents itself. Not so ostentatious are their funding sources and the people who are pumping big money into the RISE Project’s accounts.

A foreign government – the one of The Nederlands, and George Soros have generously funded RISE Project campaigns directed against the Romanian government, fueling the “#rezist” protests in February 2017. Also, Florin Bădiţă, one of the protesters’ self-made leaders, fan Kovesi and the owner of the Facebook page “Corruption Kills” (Coruptia Ucide), was paid through RISE Project.

The Political Investigation Group has published between January 2016 and April 2017 the list of funding received by the RISE Project. According to this list, which is part of the ANAF Report on the RISE Project, the main RISE Project funders were the Dutch Ministry of Foreign Affairs, The Open Society Institute and a Google-owned foundation. RISE also received money from the Swiss government and from a Swedish NGO. 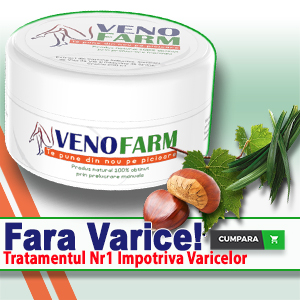 Money came to RISE Project collaborators’ accounts through copyright agreements. 6 such contracts, worth a total of 33,300 euros and 9,100 Swiss francs, were concluded in one day, February 1, 2017. A few days later, the largest anti-government rally in 2017 was held, the one that produced the famous image made with the phones’ lanterns.

14,400 euros from the money received by RISE Project collaborators came from the Dutch Ministry of Foreign Affairs. It can be considered that the government of a foreign state, one which is a partner of Romania in the EU and NATO, financed actions directed against the Romanian government, using the excuse of funding anti-corruption projects. It is the same country whose ambassador, Stella Ronner-Grubacic, who most probably made payments to RISE Project, spends her holidays with Romanian businessmen convicted of corruption.

Also on February 1st, 2017, RISE Project mad a direct payment to one of the organizers of the #rezist protests, Florin Bădiţă, Laura Codruţa Kovesi’s supporter and the owner of Corruption Kills Facebook page. Bădiţă received EUR 6.300 from RISE Project through a copyright contract. Money came from a Google foundation and should have been used by RISE Project to conduct journalistic investigations. In 2017, Florin Bădiţă contributed nothing to a “journalistic investigation” of the RISE Project, with Google money being used to finance the demonstrations. 15 of the 22 copyright contracts through which RISE Project collaborators were paid between January 2016 and April 2017 were funded by the Soros Foundation.

The answer is yes. At least this is what it is written in the latest activity report published in 2013 on the RISE Project website, which states that it was funded by the Open Society Fundation – one of the vehicles initiated and funded by billionaire George Soros. “In June 2013, the Open Society Foundations’ Media Program awarded $ 24,900 for a series of training sessions in the field of investigative journalism and data highlighting, as well as for a cross-border collaboration project in Central and Eastern Europe, and not only “, says the RISE Project activity report for 2013, wrote dcnews.ro last July.

It is no secret to anyone that the Open Society Fundation is an instrument funded by George Soros, who uses it to pay seemingly civic movements, but which intersect with the billionaire’s financial interests.

The question arises whether RISE Project has received other funding from Soros after 2013, the year of the last public report of RISE Project. Of course, it is also relevant that RISE Project has abandoned the principle of transparency and has ceased to publish its funding sources. For what reason? Is it just a negligence from RISE Project journalists? Then it would be a rather serious negligence, because it comes from those who claim to fight for a clean and transparent society, so they should be the first to make the test of transparency and good faith.

RISE Project, funded by Soros indirectly through the OCCRP

Despite the lack of transparency of the RISE Project, the online environment still offers plenty of links between this organization and George Soros’s interests. The “missing link” on Soros funding for the RISE project and after 2013 is the OCCRP – Organized Crime and Corruption Reporting Project, an investigative platform of 41 nonprofit centers operating around the world. In the case of Romania and the Republic of Moldova, the anti-corruption phalanx of OCCRP is … RISE Project. This affiliation link is mentioned in both the RISE Project reports and the OCCRP site.

And unlike RISE Project, who is no longer publishing its financiers, the OCCRP admits that their main financier is, again, the Soros’s Open Society Foundation. This is mentioned at the very top of the list of financial supporters of OCCRP, with the intention of getting more stature to the granted funds.

But the funding of OCCRP and the RISE Project is not limited to the direct payments from Soros’ foundation to these investigative platforms. The network of funding instruments is much more complex. For example, the British Foundation Sigrid Rausing Trust appears among the other financial supporters of the OCCRP. “We have received grants from the Sigrid Rausing Trust, a British foundation interested in human rights and freedom of expression,” says on page 45 of the OCCRP’s 2016 Activity Report. And if we try to find out who finances the Sigrid Rausing Trust NGO, we find again, at the forefront, the same foundation of Soros: the Open Society Foundation.

Why is Soros funding anti-corruption investigations?

So a legitimate question arises: why is the billionaire George Soros interested in funding these anti-corruption journalistic investigative platforms?

Is it a philanthropic, disinterested or rather cynical motive to compromise those who oppose the billionaire’s business interests? Regardless of the answer, it is certain that these platforms seem to function as a genuine investigative structure, working in parallel with the state law enforcement structures in which the investigations are conducted. These platforms do not function as a daily newspaper, which presents the news to the public. The OCCRP and its affiliates only function to produce more or less truthful “evidence”, more or less authentic, against persons holding political or economic power. So it’s not about public information, it’s about a real war. These investigative platforms are more like parallel intelligence or criminal investigation structures. This also explains the underground connections between those who work in these investigations and secret services or the prosecutor’s offices in the concerned states.

Hence, at least one big question arises: Who and on What criteria does the OCCRP or RISE Project investigate targets? Who determines to investigate X and not Y? Who decides the next target and why? And more than anything remains the eternal question “Qui Prodest”? Why would anyone be interested in spending a lot of money to investigate certain political characters?